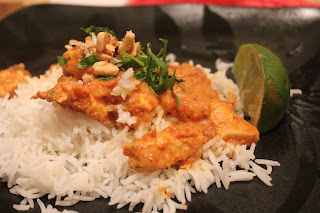 I debated whether or not to post this recipe. It was good, but it just did not have enough spice for me- I like a little more kick, whereas this was a little sweet. Also, it just didn't taste like a dish for which the chicken had been marinating for 24 hours. I really wasn't too impressed overall, but hey, you might like it! If I make this agian, I think I would add a lot more Tikka Masala spice (which, by the way, I had a hard time finding- ended up locating at Central Market in the ethnic food aisle). Another really good Indian dish was this Indian Butter Chicken- it had a lot more spice. 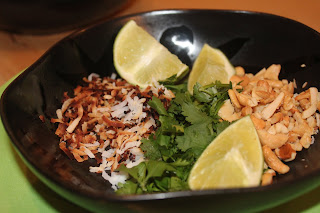 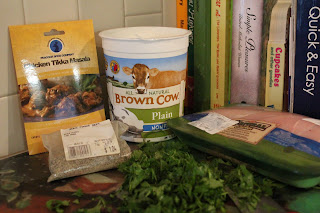 Mix together the yogurt, tikka masala, pepper and cilantro. 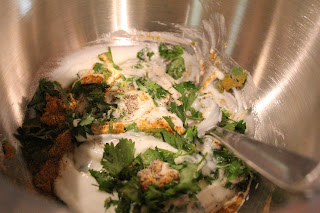 Add chicken and toss to coat. Refrigerate overnight. If you are in a hurry, let it sit at room temperature for 1 hour. 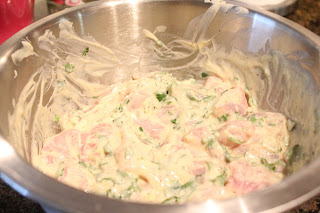 Melt coconut oil over medium high heat. I found this coconut oil at Marshalls and I've been using it occasionally instead of other cooking oils. Don't worry- it does not make your food taste like pina colada! ha 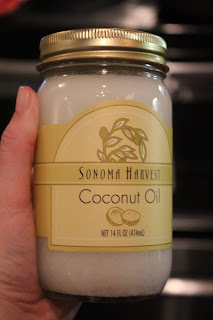 Add onion and saute until soft and translucent, about 5 minutes. 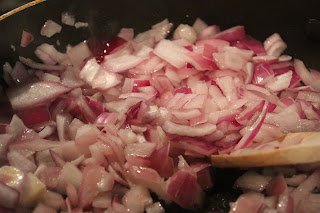 Make a well in the middle of the onions and add the turmeric, fennel, cumin and curry powder. Stir in pan for 45 seconds. This is where things start to smell GOOD. 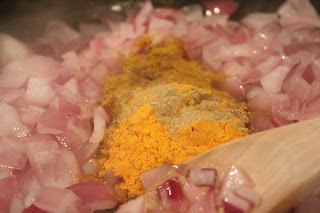 Add tomatoes. Lower heat to medium and simmer 8 minutes, stirring frequently. Take tomato and onion mixture out of pan and puree in food processor (or blender or immersion blender). 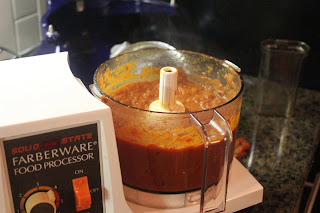 Place puree back into pan. Now drain the chicken from the marinade and add to pan. Cook over medium high heat 8-10 minutes, until cooked through. 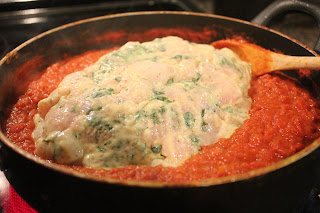 Stir in chicken sock and simmer another 10 minutes.Toast remaining cumin in small saute pan for about 30 seconds until you can smell it. This really helps bring out the extra flavor. Add cumin, tikka masala, nutmeg and cinnamon to pan. Add heavy cream to pan and simmer 5 minutes. 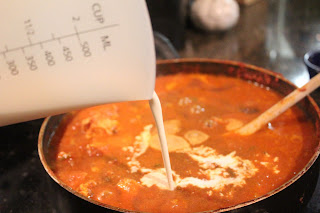 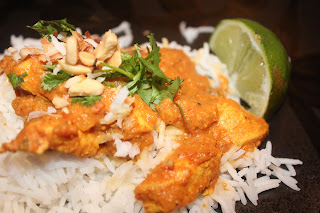