Phew!! Finally arrived back in Texas late last night after a loooooong journey home. More updates on the England trip and yummy English dessert recipes to come, but for now, here is a delicious dinner you must make soon! 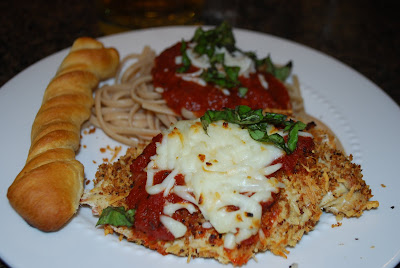 I've been digging around for some new easy and relatively healthy dinner recipes (a.k.a not Wendy's) and came across so many that I wanted to try on Brown Eyed Baker. I began with this one. I knew the bf would be very excited about chicken Parmesan. He's been asking me to make it for a while, but I haven't gotten around to it. Every time we go to Olive Garden (we love super romantic Italian dinners), he orders the Tour of Italy, which includes lasagna, fettuccine Alfredo and chicken parm. We always make a show of looking at the menu, even though we both order the same thing. I'm a fan of the manicotti- or should I say WAS? We went a couple weeks ago only to discover that they removed the manicotti from the menu WITHOUT consulting me first! :( I was in shock, but was finally able to pick something else after I stopped crying (joking)....

I digress. As the smell from the toasting breadcrumbs wafted into bf's office, and he wandered out to see if I was cooking anything for him. He spotted me taking photos of the plates lined up and squealed said, "Are you making CHICKEN Parmesan?!?!" He had the level of excitement in his voice that only exists in sentences that contain phrases like "neon dinosaur cupcakes" or "Power Rangers bouncy house" that come from the mouths of 5 year old boys.

He ran into the kitchen after he heard the timer go off and practically picked the chicken up off of the hot tray with his bare hands. I handed him his plate, and I don't think we spoke until all crumbs were taken hostage. "That was REALLY GOOD!" He said, "I liked it A LOT." :) This response almost makes up for his response to my first attempt at caramel ice cream....ALMOST... 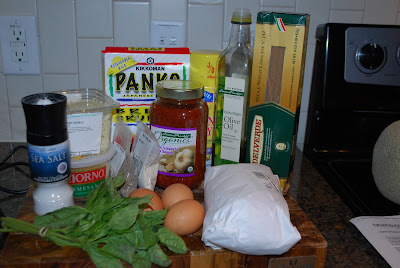 Preheat oven to a toasty 475. Combine the breadcrumbs and olive oil in a large skillet over medium heat and toast until golden (about 8-10 minutes), stirring frequently. 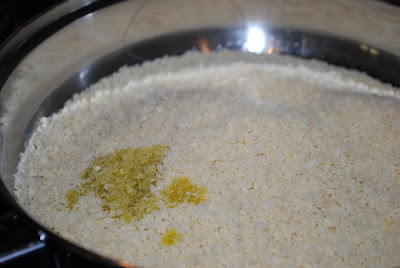 Spread the crumbs in a shallow dish and allow to cool. 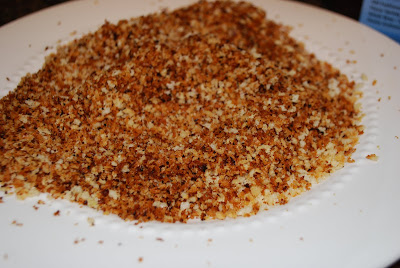 Once cool, mix in the Parmesan. 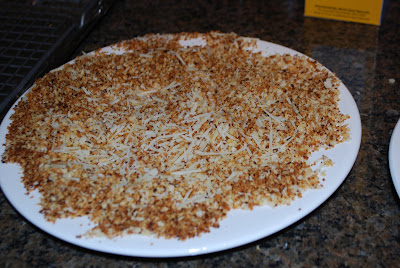 In a second shallow dish combine the flour, garlic powder, salt and pepper. 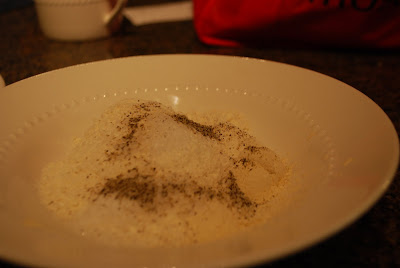 In a third shallow dish, mix together egg whites and water. You can use the leftover yolks for making a custard or ice cream! Yum. 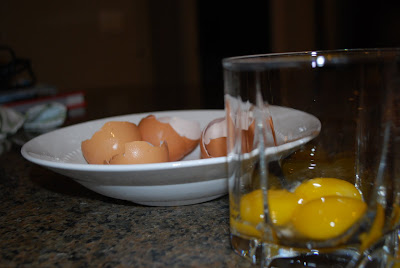 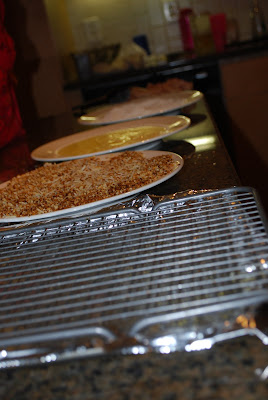 At this time, put the water for your pasta on to boil (Mine needed 15 minutes- same as the chicken). Line a rimmed baking sheet with foil and place a wire rack on top. Spray with nonstick cooking spray. 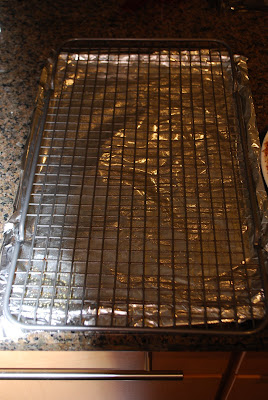 Pat chicken dry and season with salt and pepper. 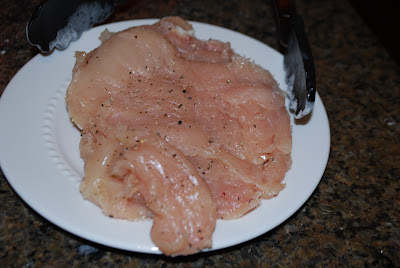 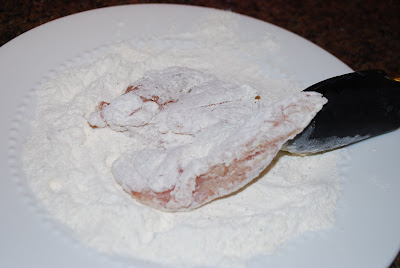 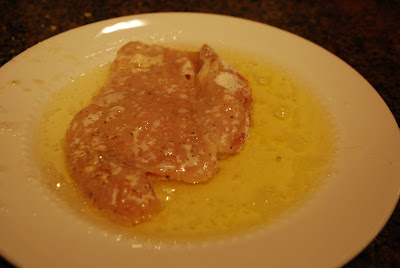 Press the bread crumbs to make sure they stick. 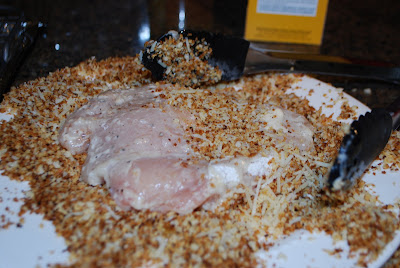 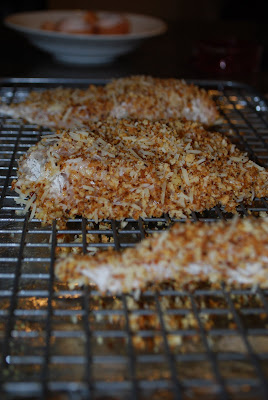 Once your water is boiling, place your pasta on. Also pour your sauce into a small saucepan on low to warm up. 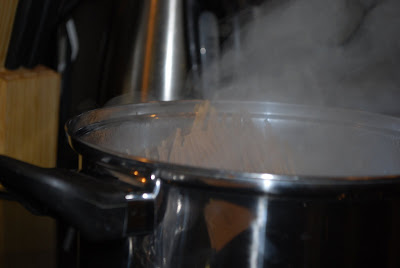 Remove the chicken from the oven and top with a generous scoop of sauce and divide mozzarella between chicken breasts and sprinkle on top. Continue to bake until cheese is melted and looks delicious- about 5 minutes. 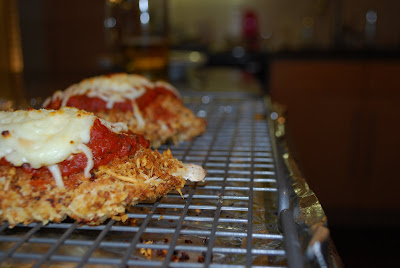 Add some pasta, sauce and chicken to your plate. 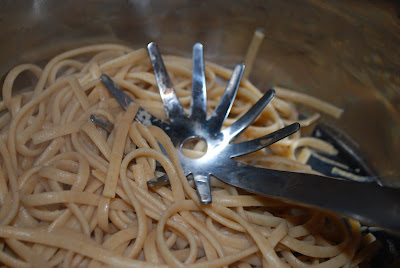 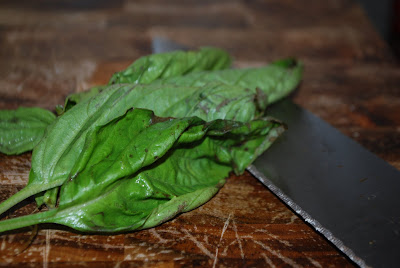 ...and serve with garlic bread sticks. 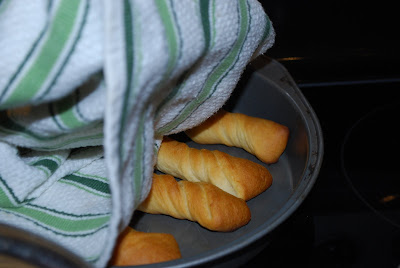 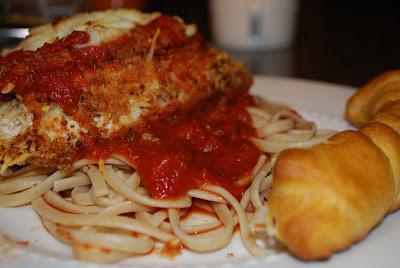 Posted by No Raisins on My Parade at 8:52 AM