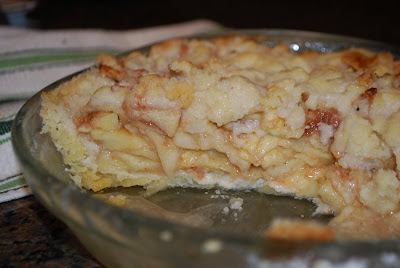 When I was a little girl, I did not like apple pie. I didn't even like fruit pies since they had large chunks of fruit in them. The same rule applied to things like chunky fruit yogurts, jello with fruit, etc. Although the latter two are still on my "No likey" list, I have come to appreciate fruit pie. I mean, was it really that hard for me to like these? Think of all the calories I could have saved before I discovered them! Well, I probably would have been eating chocolate silk pie or banana cream instead..

This recipe may look a little familiar...if you have ever googled "Apple Pie" it's like the first recipe to come up- but for good reason! It's very simple and delicious. I guess this could be considered "Dutch style" since it has the crumbles on top instead of another crust. In my opinion, this makes it extra delicious and extra easy. :) The other thing that makes this pie so easy is that the crust doesn't have to be rolled out- you just mix and press into the pan. I'm not saying it has the same flavor and texture as a gourmet crust, but hey- I didn't feel like making a real crust. The most time intensive part of this recipe is peeling and slicing the apples. To make the time go by faster, I watch Keeping up with the Kardashians while I do this- really makes time fly! I'd also recommend a peeler that leaves a texture behind so the apples don't slip in your hands- I'm a huge fan of the Piranha Peeler. 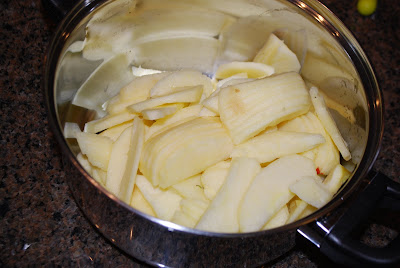 The bf loves this pie too. He loves everything that's cooked in the oven to be extra crispy, so if it were up to him he would probably cook 10+ minutes longer. Unfortunately for him, it's up to me! Such a good sport- he was able to down this no problem. 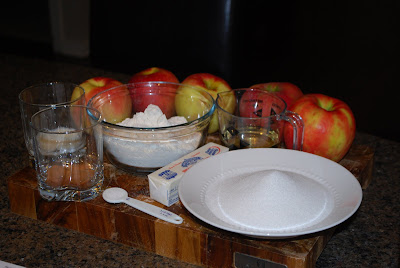 Filling
Topping
Preheat oven to 350. To make crust, mix together 1 1/2 cups flour, oil, milk, 1 1/2 tsp sugar and salt until evenly blended in large bowl. Pat mixture into a 9 inch pie pan, spreading evenly over the bottom and up the sides. Crimp edges if you have enough dough left around the perimeter (I did not). 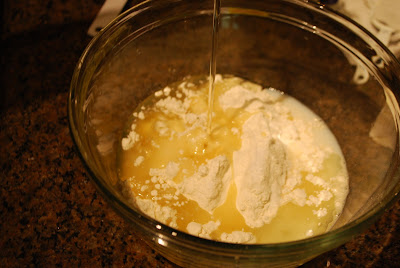 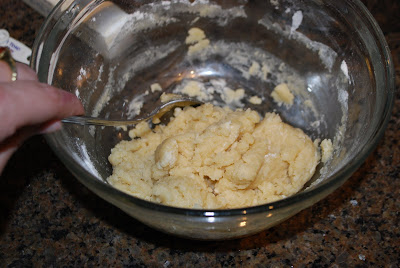 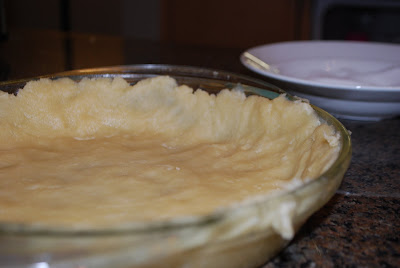 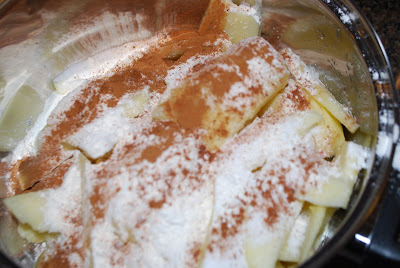 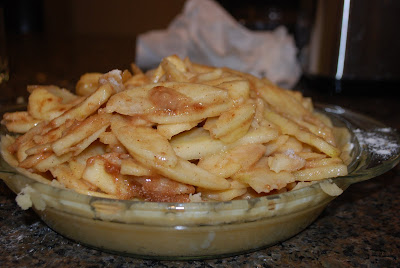 To make topping, use a pastry cutter (I only had a fork-poor me...) to mix together 1/2 cup flour, 1/2 cup sugar and COLD butter until evenly distributed and crumbly in texture. Sprinkle over apples. 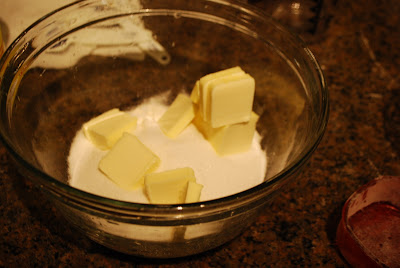 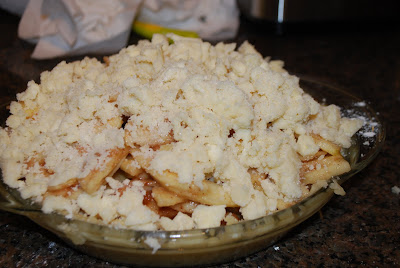 Place pie in oven on a cookie sheet to catch the juices that may spill over. Bake 45 minutes -1 hour, or until top is golden brown. 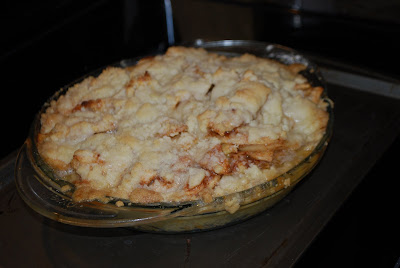 Let cool and serve with Brown Sugar Vanilla Bean Ice Cream. Cover and store in fridge. I did not let this cool when I first served it and there was A LOT of juice in the pie. The next day after being in the fridge, I didn't have this problem, so I would recommend waiting if you can! 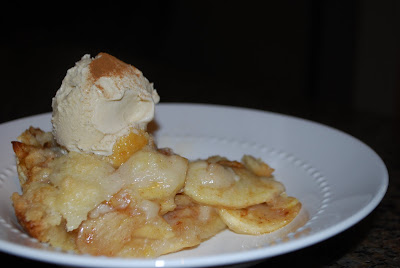 Posted by No Raisins on My Parade at 5:30 PM