Mmmm.. When I made my MEGA double grocery store trip on Sunday, I got a few things to bake a delicious apple pie. Well, I haven't quite gotten around to that yet, but thinking in advance, I wanted to whip up the custard after I made these delicious pork chops with grilled pineapple salsa, since I just felt like it. The custard has to be refrigerated overnight, which is unfortunate when you want it NOW. It's totally worth it though and super easy!

I found this recipe on Mangio Da Sola, the first cooking/baking blog that I started reading. Her blog made me really get into baking again- its fabulous! I've made this recipe several times, but this was my first time using brown sugar instead of white. It was VERY delicious the way it was, but I was intrigued when I saw a recipe for brown sugar ice cream on Baked Bree. I decided to risk tinkering with my favorite ice cream recipe... and the results were delicious! When I asked the bf how he liked it after he was done, he was like "OH! You made that? I just thought you bought it." (Doesn't he know by now that I make my own ice cream?) "It was really good!" :)

What I love about this recipe is how rich and creamy the custard makes the ice cream. And the teeny tiny vanilla bean specks make it look SO GOOD! :) I've also made ice cream sandwiches with this and its perfect. 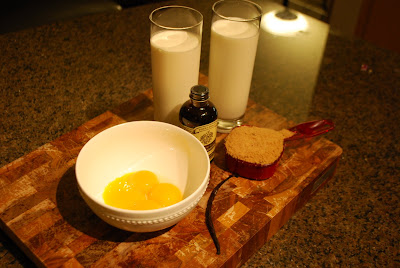 *If you don't have a vanilla bean, you can double the vanilla extract

Split your vanilla bean and place the seeds, empty bean and milk into medium saucepan. Stir over medium heat until ALMOST boiling. 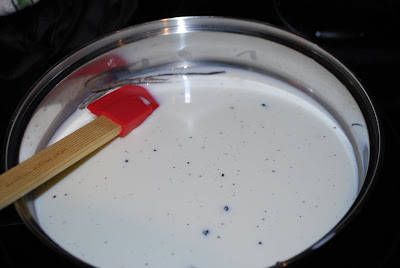 Remove from heat and allow vanilla to infuse for 15 minutes. 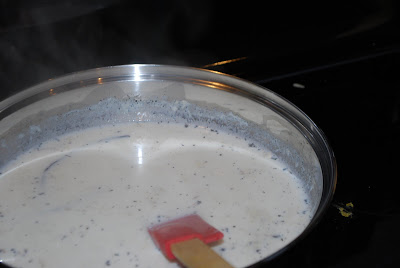 Meanwhile, whisk egg yolks and sugar until pale and fluffy in a large heatproof bowl. I did it by hand, but you could use a mixer if you want. 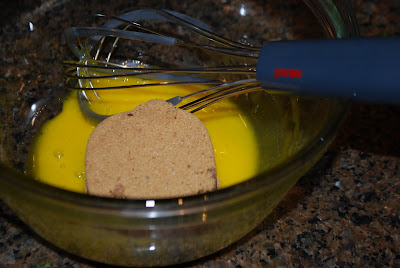 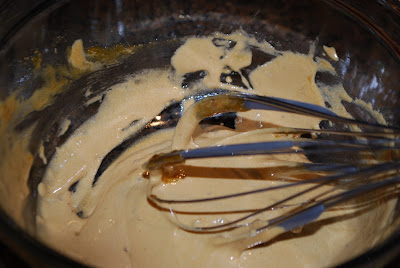 Slowly pour the milk mixture into the egg mixture, stirring until smooth. You can leave the vanilla bean in the mixture as long as you like- the longer you leave it the more flavor it will have. I took mine out right before I mixed in the cream and vanilla extract. 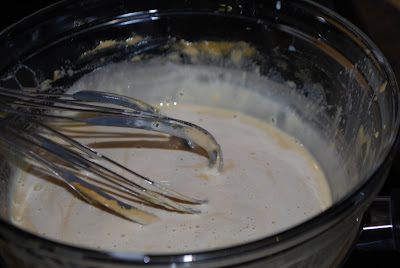 Place bowl over a pan of simmering water, stirring until mixture is thick and coats the back of a wooden spoon (about 5-8 minutes). 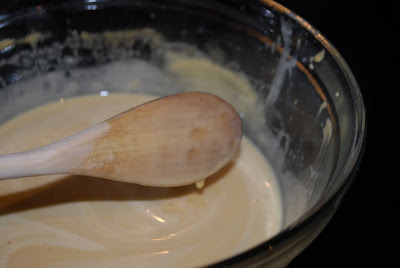 Remove from heat, strain to remove the stray pieces and cover immediately with plastic wrap, placing directly on surface of custard to avoid a skin forming. 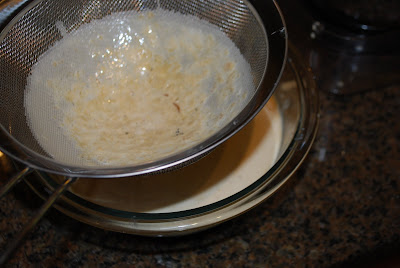 Place in fridge overnight until thoroughly chilled. Give it a quick mix. Stir in cream and vanilla extract right before pouring into ice cream machine. 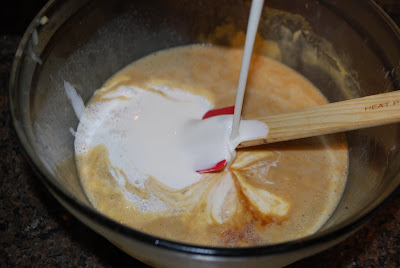 I used a funnel to pour mine in- avoids the spillage that normally happens! Use according to manufacture's instructions (30 minutes for me). 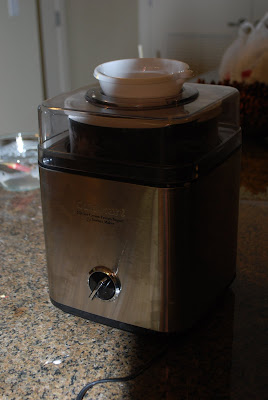 Place in airtight container with lid and freeze several hours until firm. 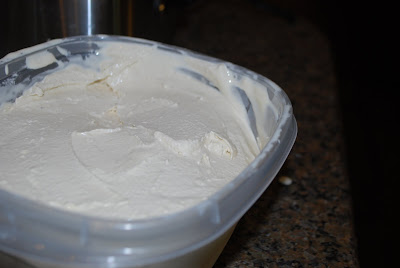 Mmmmm enjoy all by itself or on top of your favorite dessert.... 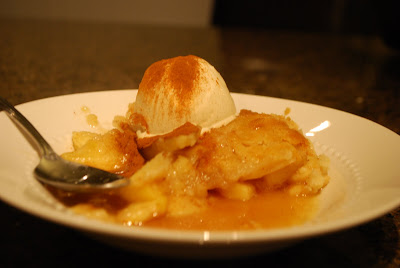 Posted by No Raisins on My Parade at 6:16 PM